His collage work is made from a wide range of images from old books, magazines, old postcards from early 20th Century to the sixties and communist propaganda posters, which he cuts out by using sharp blades. These numerous tiny elements are then glued and finally encapsulated in epoxy resin. In his drive for fragmentation close to the fragmentation of himself, an idea arises and David Crunelle must make it happen urgently. He enters then in a new constellation from which emerge vibrantly, psychedelic and hypnotic meaningfull scenes. “Intarsia “is the name of his last collages series. He devotes himself with considerable skill to new obsessive superpositions of all kinds of stories integrating elements and traces of his past personal experience. These multi-layered complex collages close to American quilt sparkle like a spectacular illusion no longer knowing what is surface and what is depth. 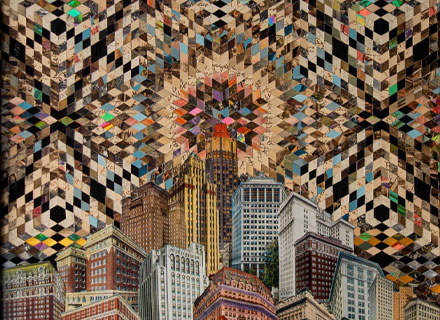 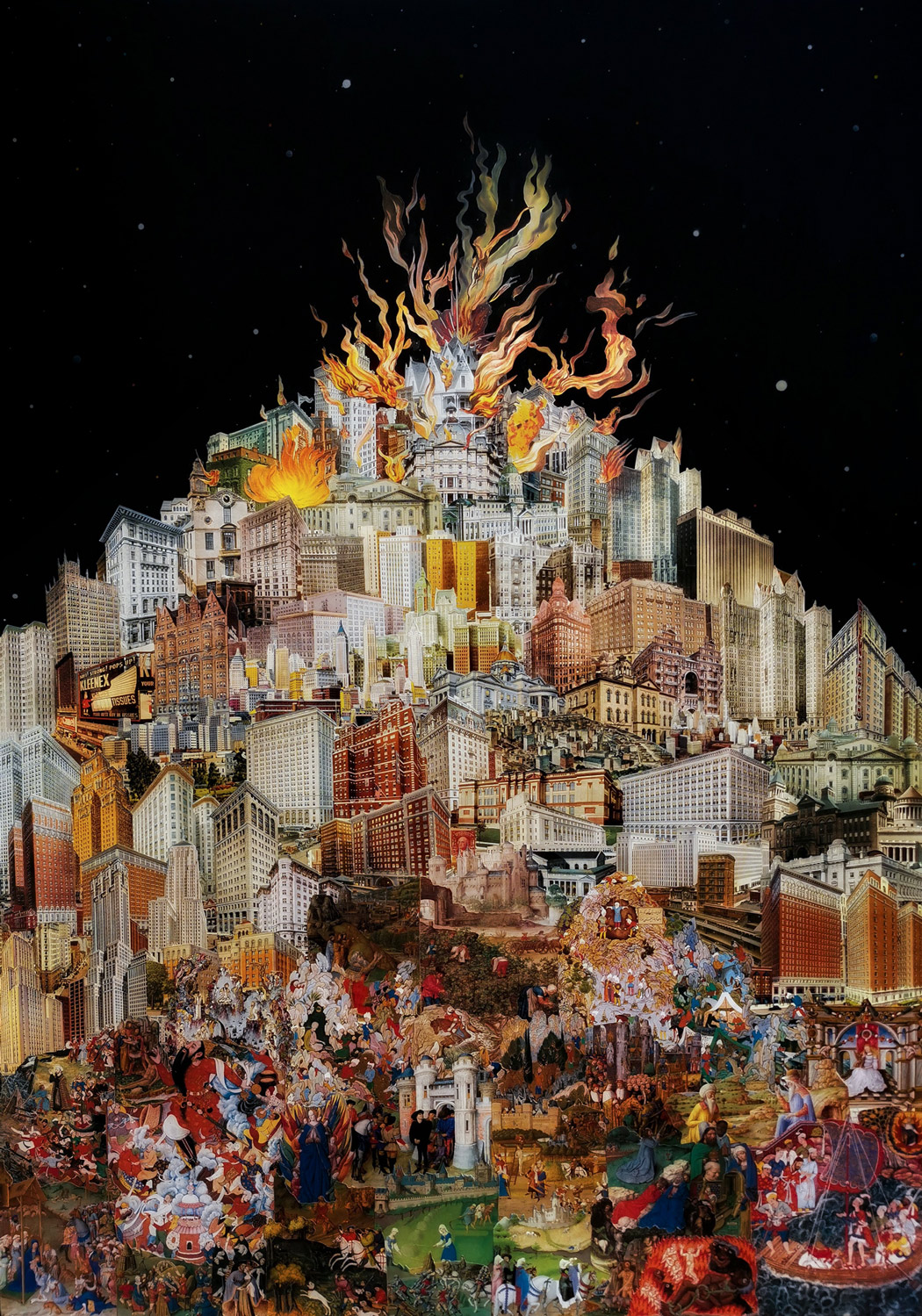 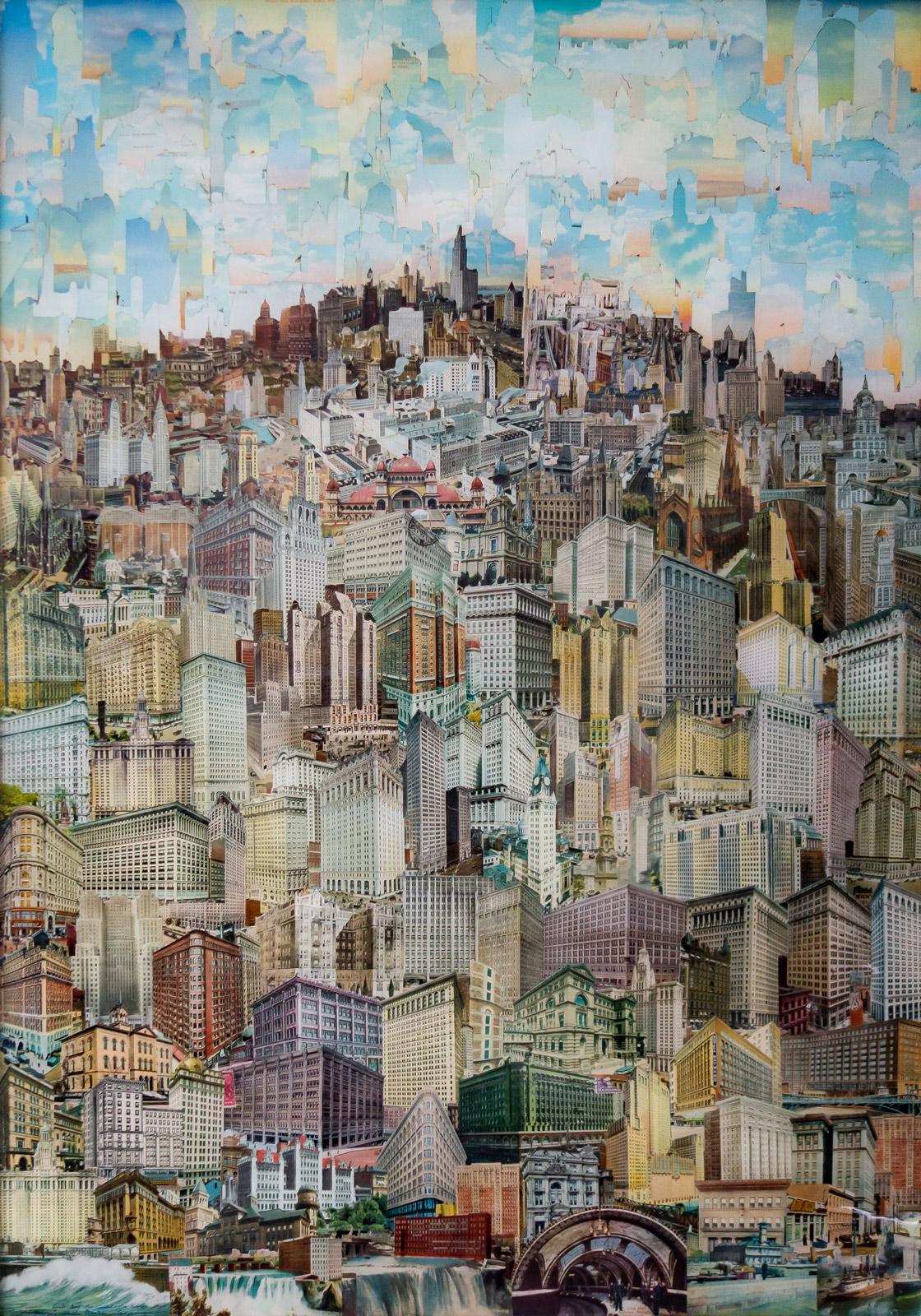 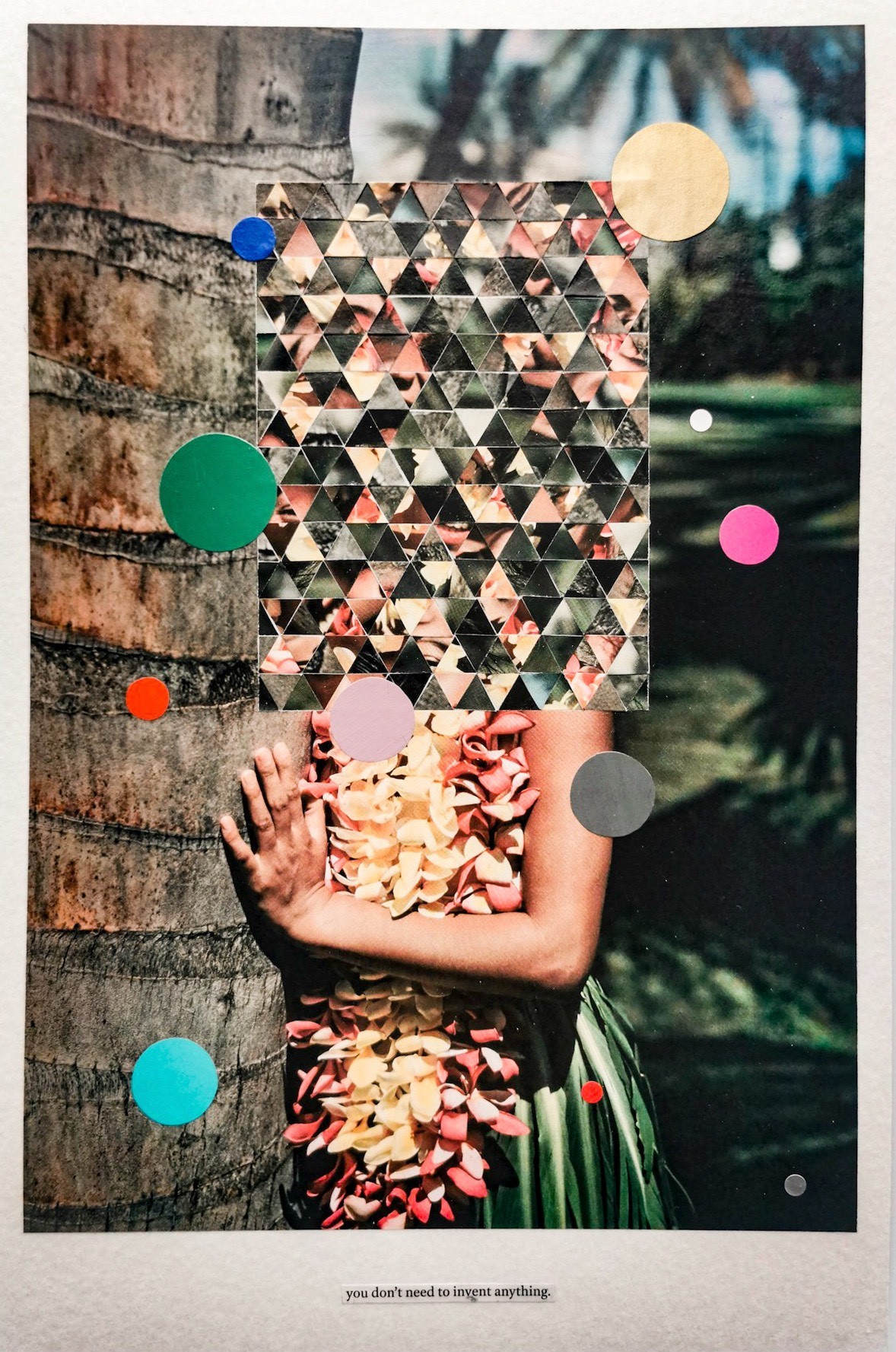 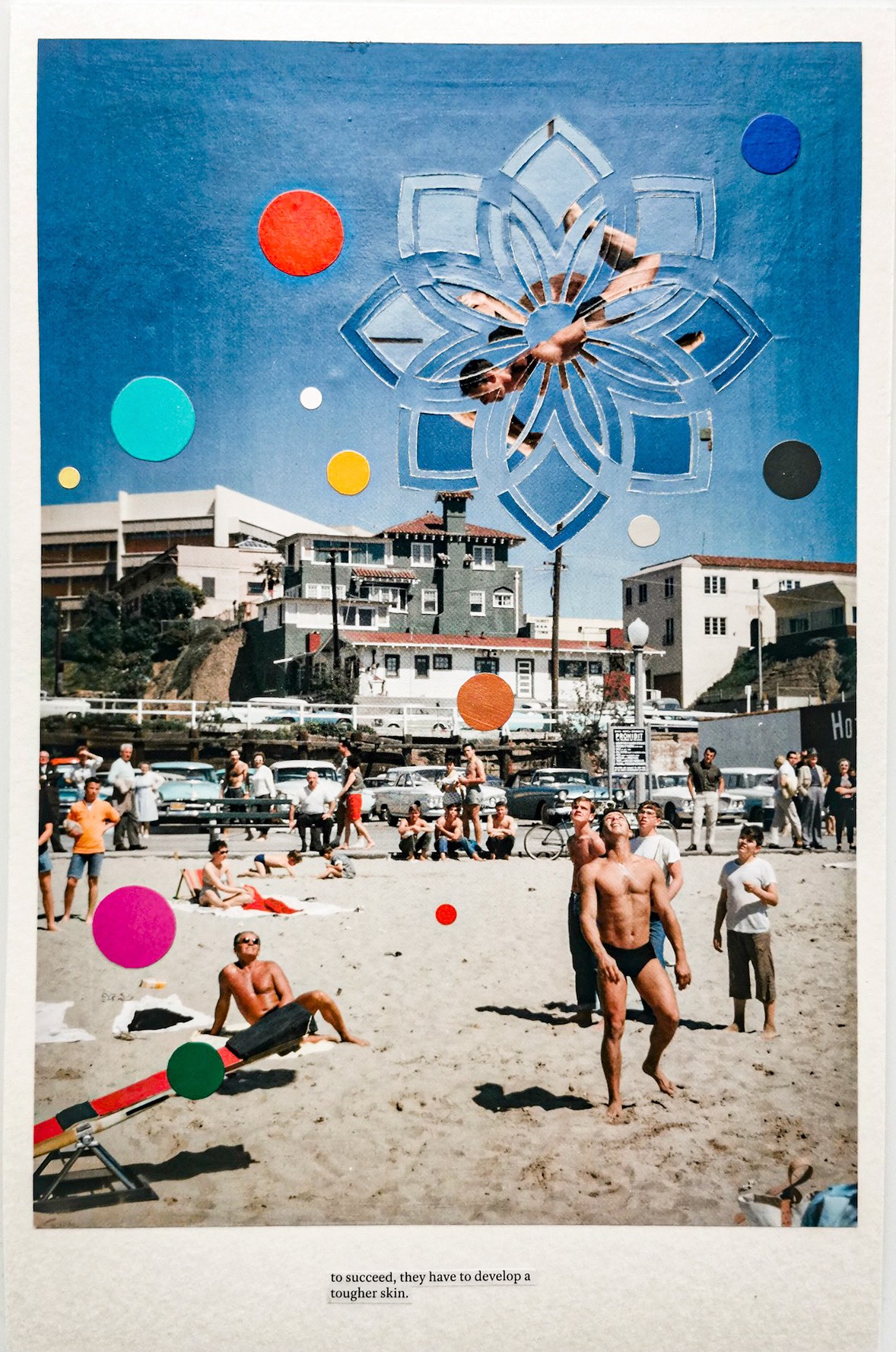 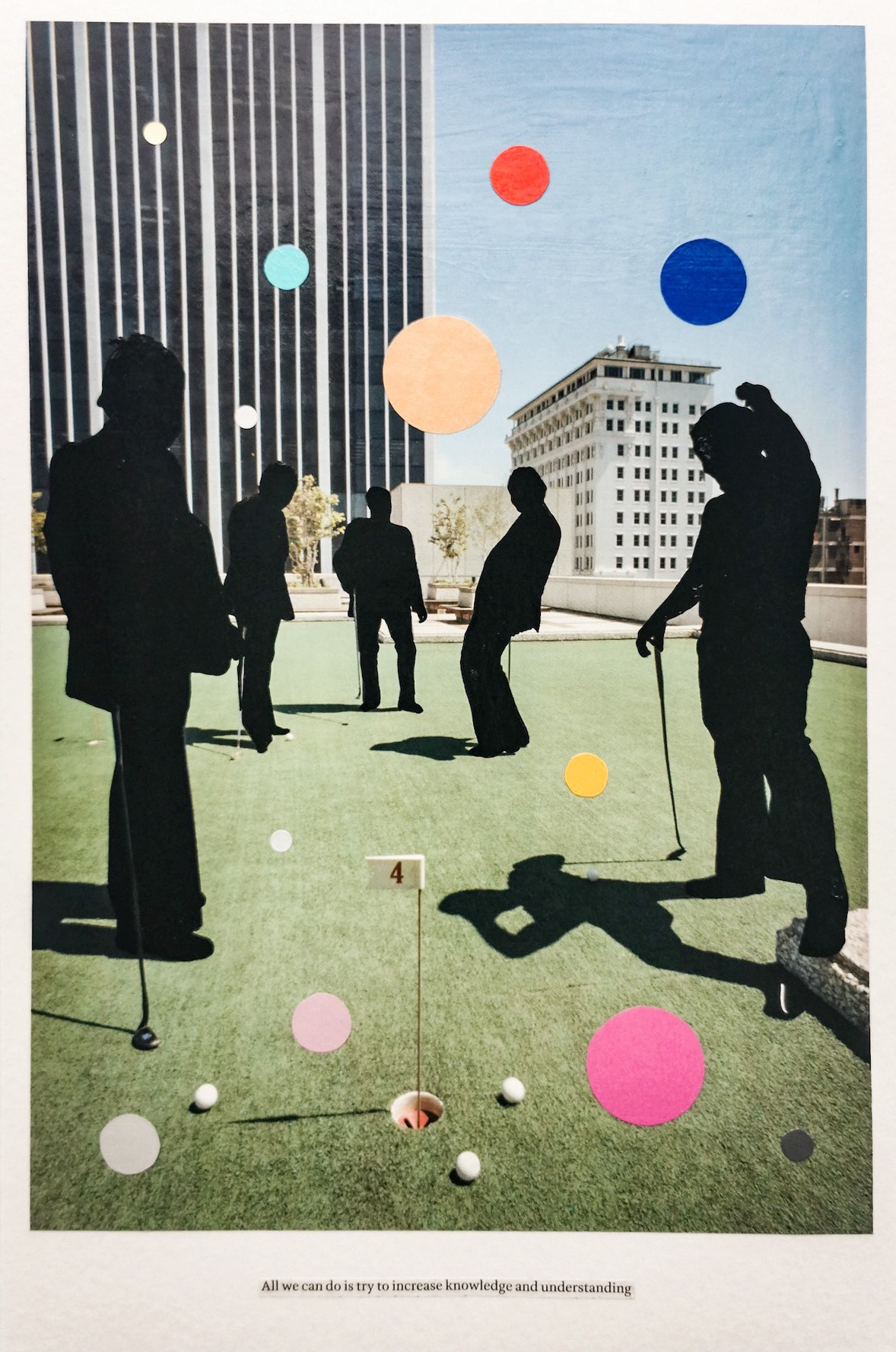 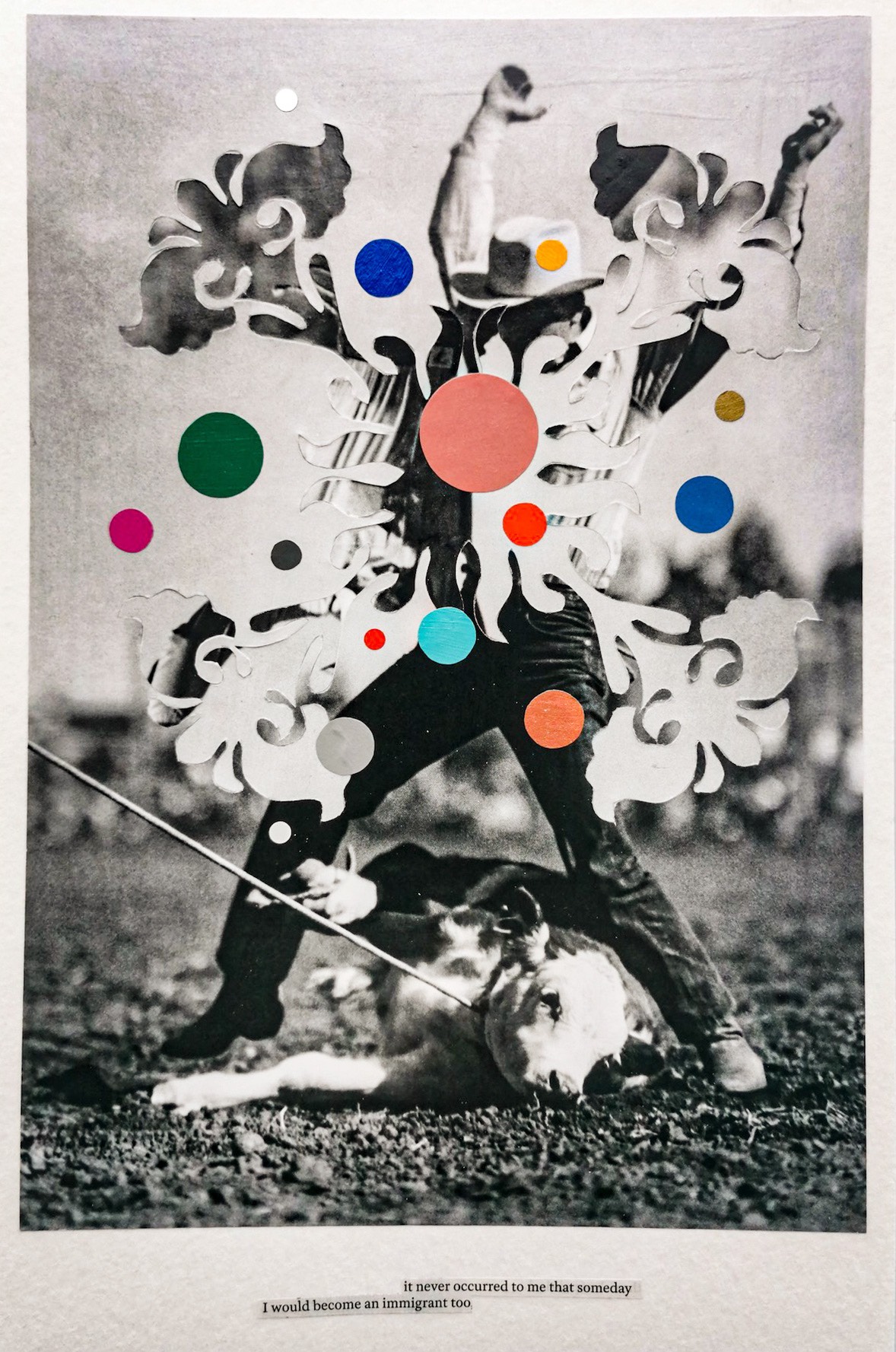 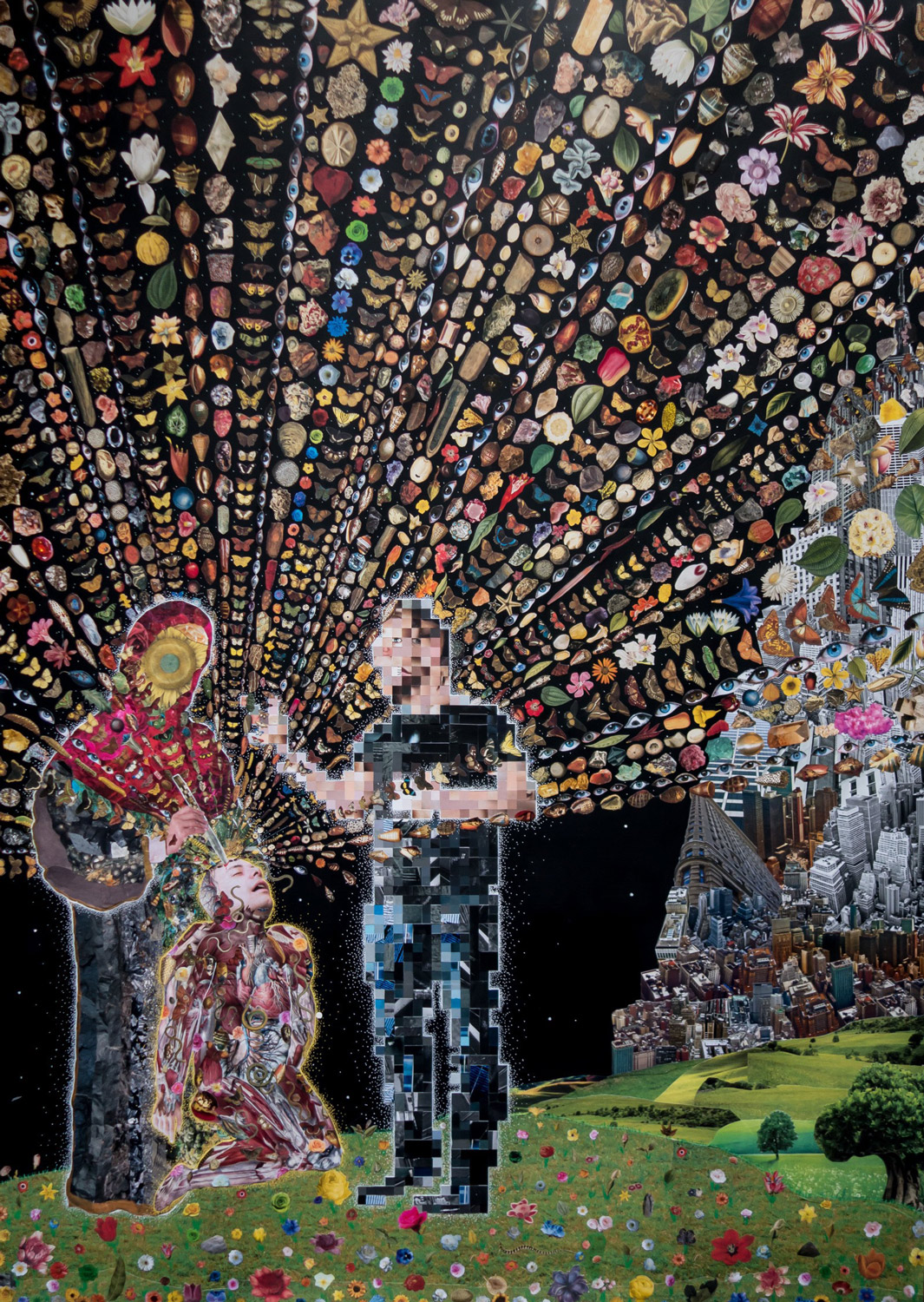 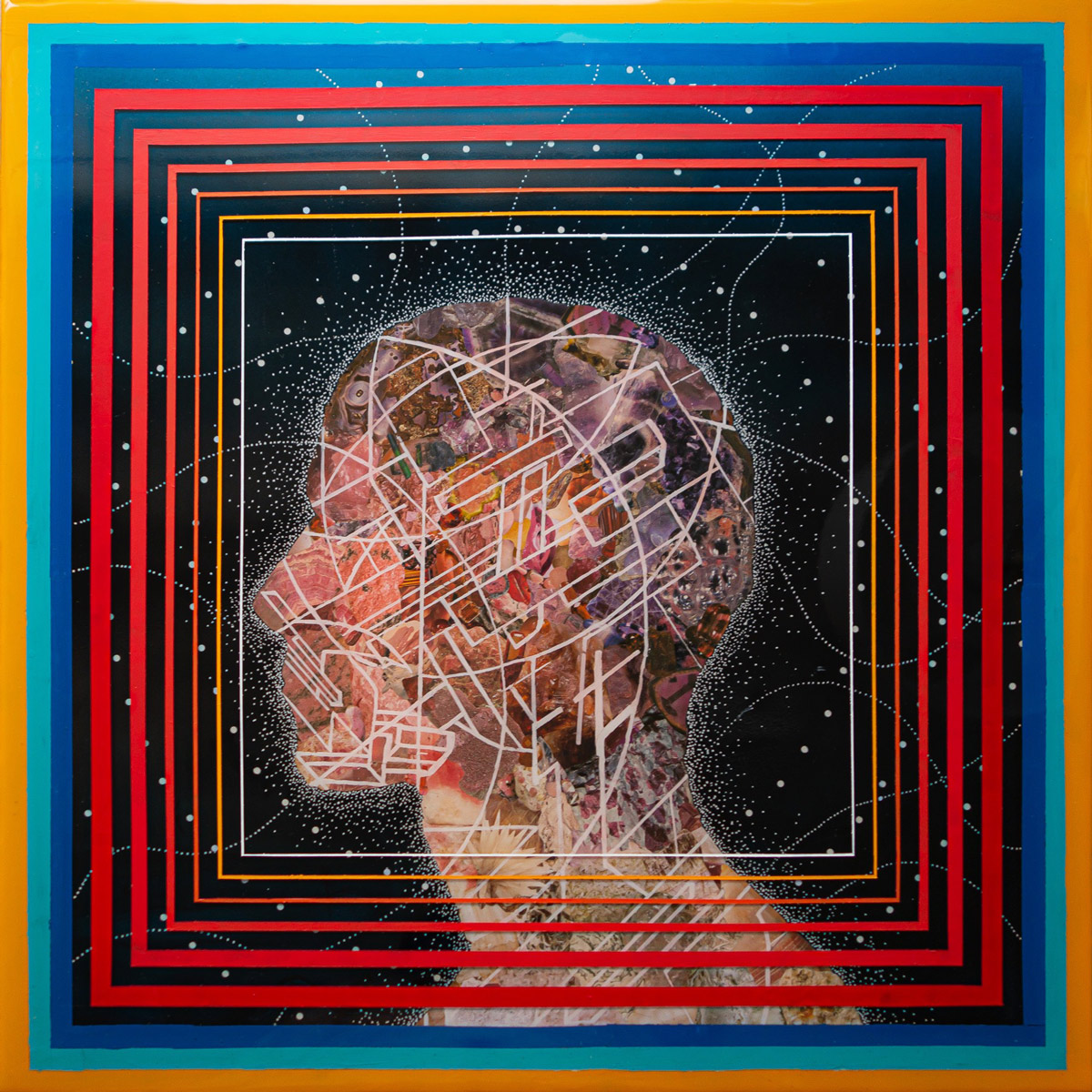 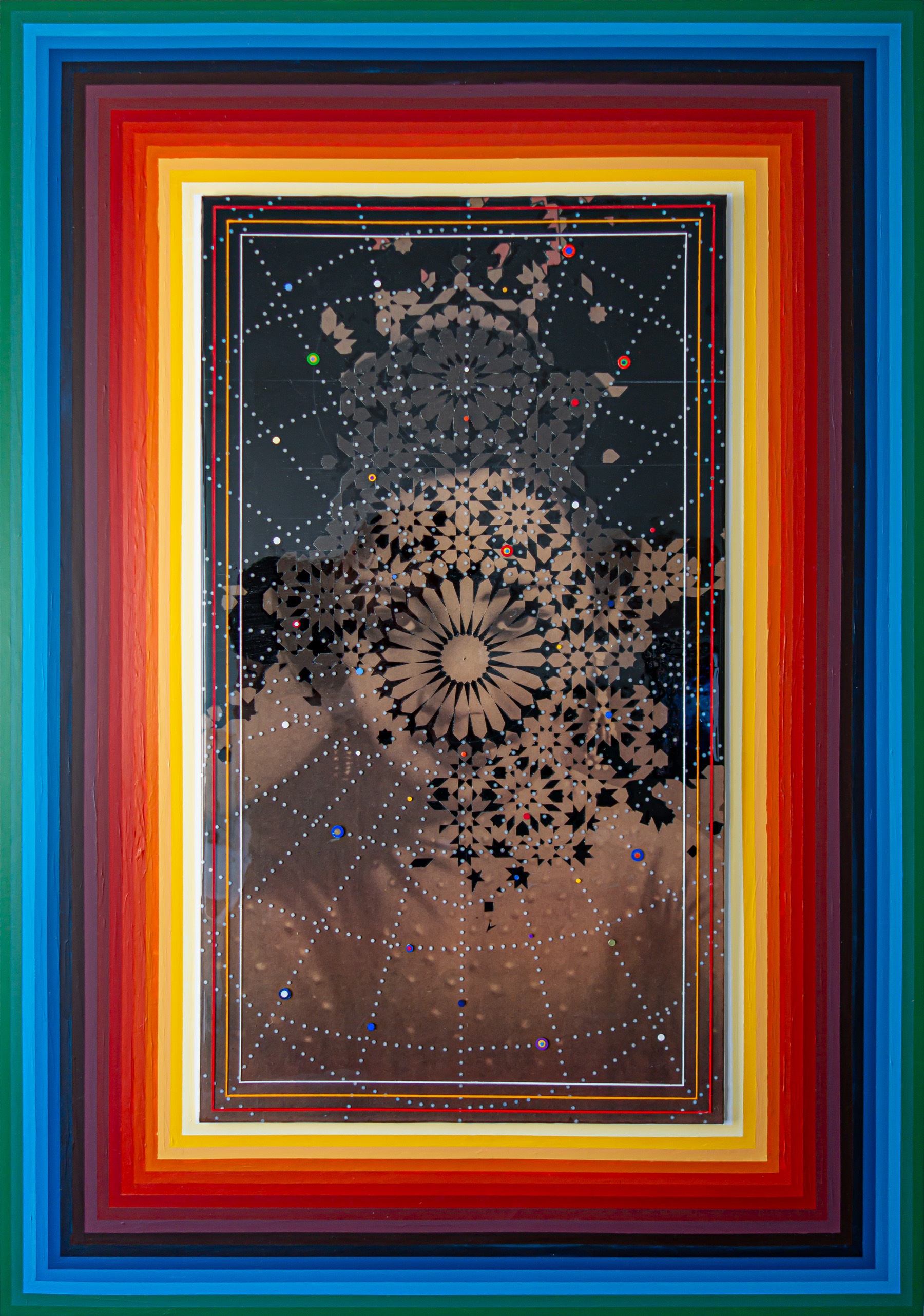